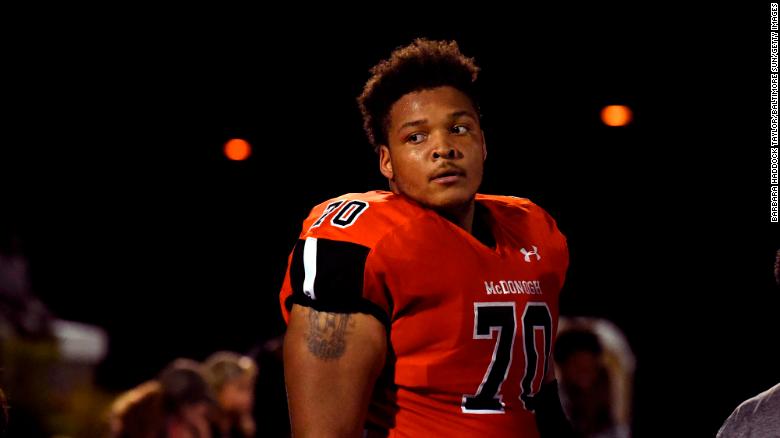 The University of Maryland has reached a $3.5 million settlement agreement with the family of a football player who collapsed from heatstroke during a practice in May 2018 and died two weeks later.

The details of the settlement were reported by ESPN and appeared in an agenda item for a meeting of the Maryland Board of Public Works, which will vote on it on Jan. 27. The settlement was reached more than two years after the death of the football player, Jordan McNair, a 19-year-old offensive lineman.

Mr. McNair’s parents, Marty McNair and Tonya Wilson, could not immediately be reached for comment. “This has been a long and painful fight, but we will attempt to find closure even though this is a wound that will never, ever fully heal,” they said in a statement to ESPN.

Their son’s death spurred two investigations and an ESPN report that described a “toxic culture” of bullying and humiliation in the university’s football program. The team’s head coach and two trainers were fired, and the team’s conditioning coach resigned.

Mr. McNair collapsed in the heat during a practice on May 29, 2018, when he ran a 106-degree fever. An independent report commissioned by the university found that Mr. McNair was not properly cared for after he showed symptoms of heatstroke. Cold-water immersion, a standard treatment, was not performed, the report said, and it was more than an hour before anyone dialed 911.

The head football coach, D.J. Durkin, and the athletic director, Damon Evans, were placed on administrative leave while the university investigated the claims that were raised in the ESPN report. The investigation found that the program did not have a “toxic culture,” but acknowledged that “too many players feared speaking out.” It suggested that Mr. Durkin had made errors but was not to blame for many of the program’s issues.

One day after the university’s Board of Regents said Mr. Durkin would be reinstated, citing the investigation, Wallace D. Loh, the university’s president at the time, overruled the board and fired him.

Soon after, the two athletic trainers who had attended to Mr. McNair were also fired, and Rick Court, the strength and conditioning coach who supervised the practice where Mr. McNair collapsed, resigned.

The University of Maryland on Sunday declined to comment about the settlement agreement. It said an independent review panel made 41 recommendations in the aftermath of Mr. McNair’s death, all of which have been implemented.

“The most notable was the transition to an autonomous healthcare model, where all team physicians are employees of our university health center,” it said.

The law firm representing Mr. McNair’s parents said the McNairs were “relieved that this fight is over and to put this behind them as they continue to mourn Jordan’s death.”

Mr. McNair’s death prompted criticism of universities and the National Collegiate Athletic Association for not adequately monitoring conditioning workouts, especially in the off-season.

From 2000 to 2018, 31 N.C.A.A. football players died during off-season or preseason workouts from heatstroke, cardiac issues, asthma and other causes, according to Scott Anderson, the head athletic trainer at the University of Oklahoma, who keeps a database of athletic fatalities.

Mr. Anderson said in an email that he was aware of eight severe cases of heatstroke involving N.C.A.A. football players, three of whom died.

Mr. McNair’s parents founded the Jordan McNair Foundation shortly after their son’s death to educate student athletes and parents about how to recognize the symptoms of heatstroke. In their statement to ESPN, they said they wanted to honor “Jordan’s legacy so that his death was not in vain.”

“No parent,” they said, “should have to wait this long for closure where their child has been treated unfairly or unjustly.”